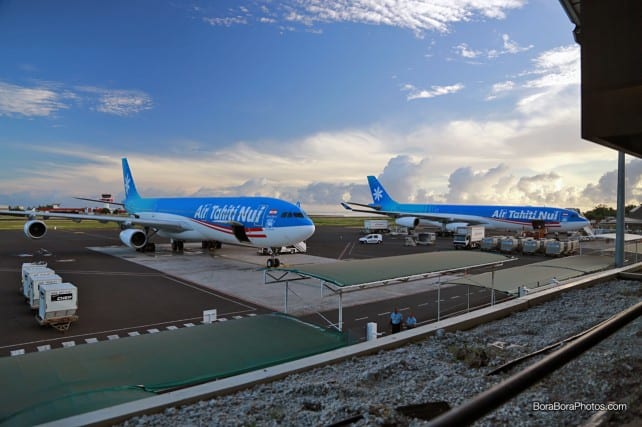 As our babymoon trip to Bora Bora concluded, Jessica and I decided to stay overnight at Tahiti Nui Hotel in downtown Tahiti to check out the famous open air Papeete Market. Unfortunately for us, there was a 3-day national holiday going on, and nearly everything was closed including the market.

After walking around the town, we decided to grab a beer and some food at Les 3 Brasseurs (The 3 Brewers) and take it easy that night as our flight back to Los Angeles on Air Tahiti Nui Airlines was set to depart early the next morning. 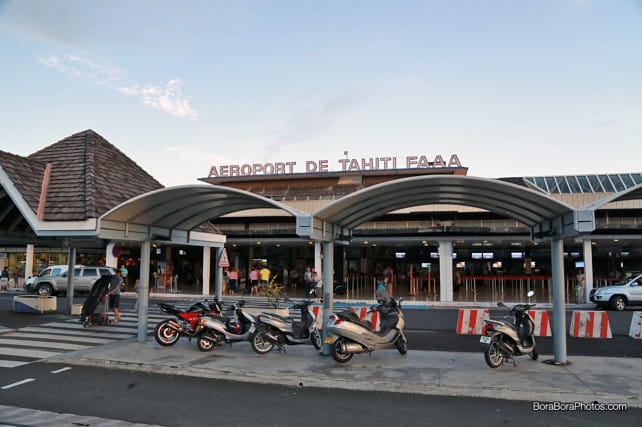 Arriving at the international FAAA Airport, the friendly security staff greeted us and thankfully & tastefully they asked if Jessica was pregnant and they allowed us to go to the front of the check-in line.

After a couple of minutes at the counter, we got our tickets, and we were on our way to the gate. If you didn’t load up on Vanilla, chocolate or other tropical island gifts by now, you’ll get one last chance at the Duty-Free shop after you go through security. 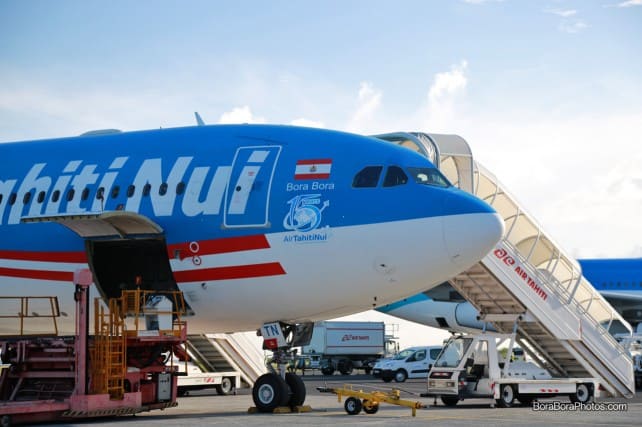 The Air Tahiti Nui Airlines boarding process is the same as when you arrive. You walk on the tarmac and board the plane by a staircase. As we’ve mentioned in previous Air Tahiti Nui flying experiences, the interior of the aircraft has a colorful tropical vibe, beautiful Tahitian paintings while each seat is equipped with the latest in entertainment systems.

Since we departed at 7:50 am the flight meals included a good-sized breakfast, several snacks, and a bountiful dinner/dessert offering. Delicious ripe fruit and local Tahitian juices are also available at each meal, watch the video below for more photos. 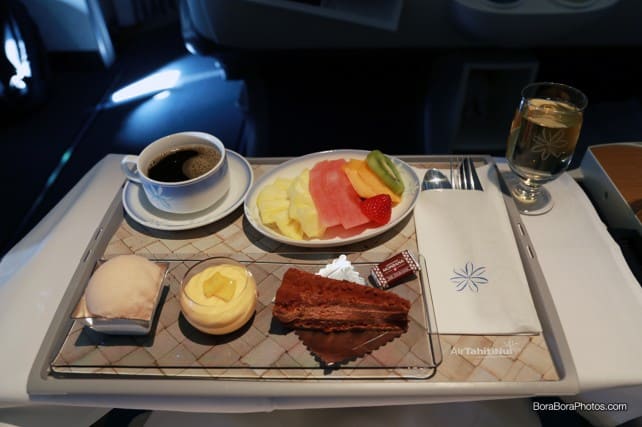 An overnight flight is an excellent way to eliminate the cost for a hotel night, and you can try and sleep the entire flight to make it go by faster. However, since we were flying Poerava “Business Class” the day flight was nice to be awake the whole duration to take advantage of all the great Air Tahiti Nui amenities.

I caught up on two movies, and I had a memorable conversation with Jessica recapping our favorite parts of the trip, all while eating snacks and drinking champagne! Although incredibly sad to leave Tahiti and Bora Bora behind, we were glad we chose Air Tahiti Nui airlines so we could soak up the cultural onboard and be surrounded by the friendly Tahitian flight crew all the way home.