Looking for some fun? A Bora Bora 4×4 excursion tour is the way to go! After boarding a customized, open-air 4×4 Land Rover, explore some of Bora Bora’s isolated regions and mountainous interior.

Enjoy breathtaking panoramas of the valleys, the barrier reef and the lagoon with its magnificent colors. You’ll learn about the flora and fauna, and about the history and culture of local life. This tour lasts roughly 3 to 4 hours.

A climb of Pahonu Hill will allow spectacular views of the island’s western and southern shores, while a slow drive on a ridge behind Pahua Point will bring you to the World War II vestiges, with cannons still standing in their position. Refreshments will be served on your last stop. Please note: The terrain throughout this tour is bumpy and rough.

Following the attack on Pearl Harbor by Japan, the United States entered World War II. The U.S. chose Bora Bora as a South Pacific military supply base, and an oil depot, airstrip, seaplane base, and defensive fortifications were constructed.

Known as “Operation Bobcat,” it maintained a supply force of nine ships, 20,000 tons of equipment and nearly 7,000 men. Seven massive naval cannons were set up at strategic points around the island to protect it against potential military attack.

Quick Tip – The mountains of Bora Bora are surprisingly tall, the 4X4 excursions drive up to some incredible lookout points. There are great photo opportunities along the way.

Quick Tip – Bring shoes on this excursion! There are many sharp objects, especially near the cannons. Save yourself a hospital visit as I went to when I cut my foot open on a rusty metal bolt. 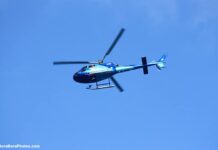